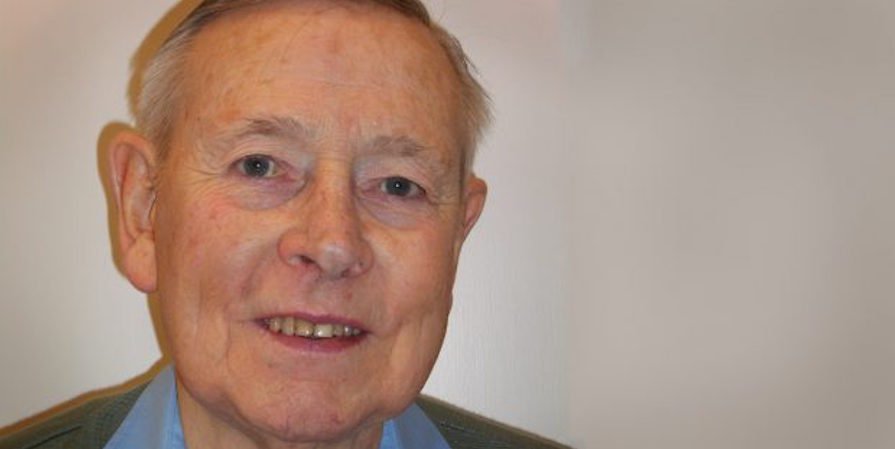 A member of the community of Clongowes Wood College SJ, Fr. Vincent Murphy SJ, passed away peacefully this morning, in Cherryfield Lodge, Milltown Park; he will be sadly missed.

Vincent was born in Ranelagh, Dublin in 1929 and educated in Synge St by the Christian Brothers. He qualified as a Quantity Surveyor and played for Shamrock Rovers FC prior to joining the Jesuits in September 1954. He was ordained ten years later in 1964.

Vincent spent several years completing mission work in Zambia before returning to Dublin, where he was in charge of the SJ Mission Office in Gardiner Street, and was Chaplain in St. Vincent’s Hospital.

In 2014 Vincent suffered a mild stroke and spent a weekend in Naas Hospital. He then transferred to Cherryfield Lodge where he lived very contentedly until around Hallowe’en when he began to decline. His last few weeks were spent very peacefully, and he told his Rector that Cherryfield was a great preparation for heaven because of the care he was receiving there from the Staff who came to love him dearly.

Funeral Mass in Milltown College Chapel on Wednesday morning, 30th November at 11 am followed by burial afterwards in Glasnevin Cemetery.

May he rest in the Peace of Christ.