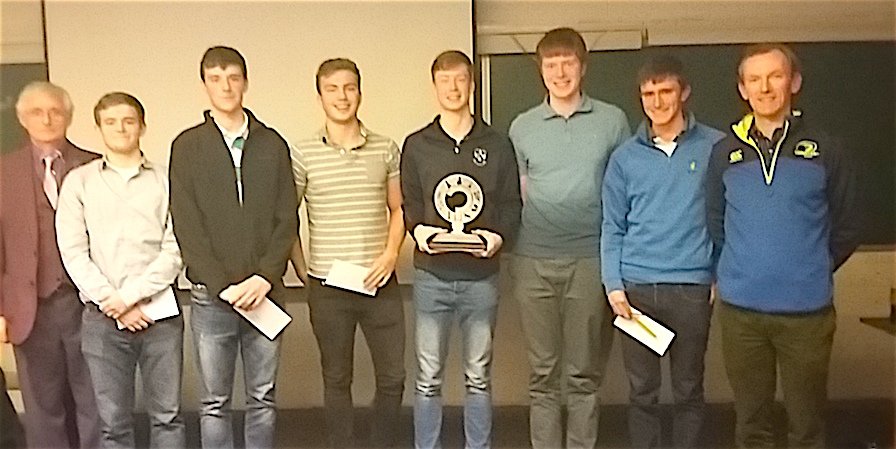 The tradition of science and mathematics is alive and well in Clongowes Wood and last Thursday, 17th November, the college received another accolade by coming first in the Regional ISTA Senior Science Quiz…

Six students from Rhetoric, accompanied by Mr. Stephen O’Hara and Mr. Kevin Maume travelled to NUI Maynooth to take part, hoping to emulate the success of last year’s Rhetoric students who had won this event. There were 33 teams competing on the night and the questions, which were based on the Leaving Certificate syllabi in Physics, Chemistry and Biology included:

At the end of eight rounds (each with six questions) there was but a point separating the two Clongowes teams in 1st and 2nd places, with Jack Spicer, Lorcain O’Shea and Marc Bollee finishing in first place while Liam Lysaght, Colin Bourke and Conor Galvin ran them a close second. On account of this great result, both teams will now progress to the National Final, which will be held in Trinity College this Saturday, 26th November.

On behalf of all of the students involved, I would like to thank the Clongowes science department for their support before the quiz, and in particular Mr. O’Hara, who had put us through our paces with hundreds of practice questions in the nights leading up to the quiz which proved to be valuable preparation as many similar questions appeared on the night.