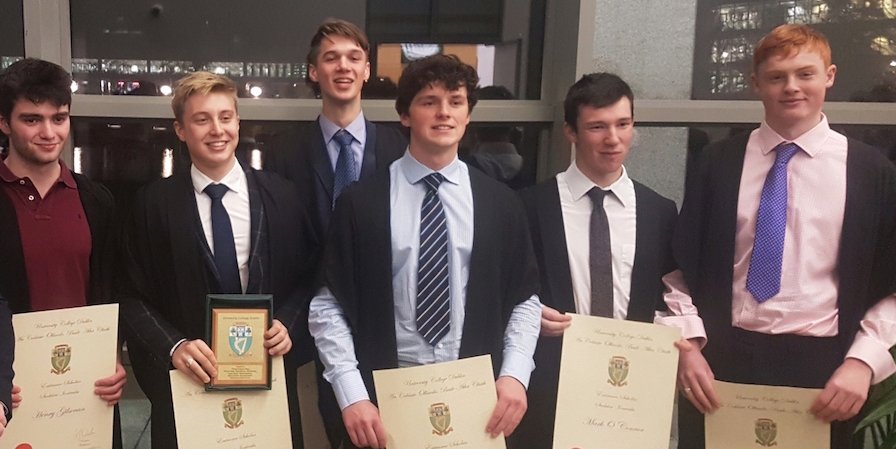 We are delighted to announce that seven of our outstanding students from the Rhetoric graduating class of 2016 have been recognised as UCD Entrance Scholars. Each year UCD recognises the calibre of its incoming high-achieving students with the award of UCD Entrance Scholar, which are presented to first year students who achieve 560 points or more in their Leaving Certificate (or equivalent second level examination) in recognition of their academic accomplishment to date.

Recipients are presented with a recognition certificate at a ceremony in November each year and their achievements are recorded on their academic transcript. This year’s awards ceremony was held on Wednesday evening (16th November) in the O’Reilly Hall in Belfield and the following students from Rhetoric 2016 were honoured:

Mr Frank Kelly was in attendance at the ceremony and was presented with a plaque in recognition of the achievement of the seven boys and this is now on display in the James Joyce Library.

Congratulations to the seven new UCD Entrance Scholars and to everyone who contributed in so many ways, to their award. We wish them well and reflect on the enormous contribution they made whilst here at Clongowes.