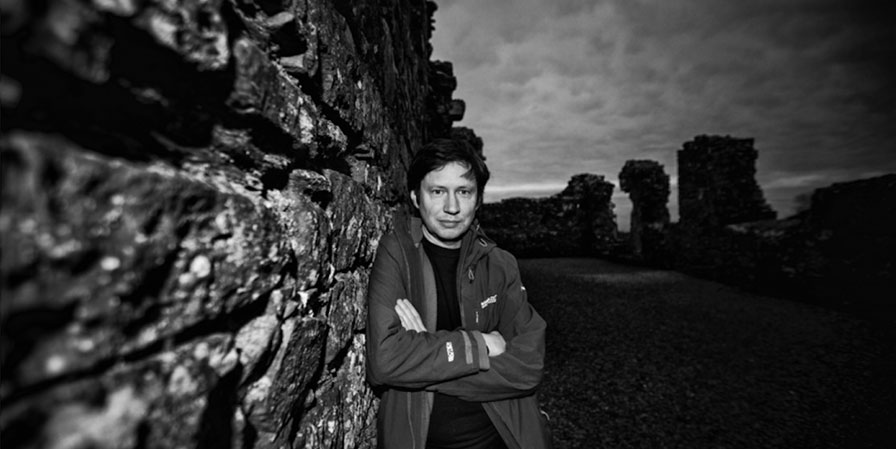 On the 27th of October we had the great honour of interviewing visiting Old Clongownian and author Peadar Ó Guilín (OC’86). The Call is Peadar’s second book and has become quite popular in the school, particularly among the various book club members. A Young Adult fantasy horror, it is a great book for fans of different series such as Darren Shan or The Hunger Games.

The book is set in an Irish boarding school where students have to train for battle against the evil Sídhe, the fairies who were banished from Ireland many, many years ago by the Irish. As Peadar said on the night when describing the book, ‘It’s like Harry Potter – only everyone dies.’ Grim perhaps, but compelling!

The night started with us introducing Peadar to the crowd. Initially somewhat nervous about leading the session we instantly relaxed once he answered our opening questions about the book. He gave generously of himself with long detailed responses to a wide variety of questions that we also took from the audience. His jokey and relaxed nature definitely put us at ease, interviewing for our first time, and interviewing someone whom we admire.

It was a great night for the fans. Students who never read the book were clearly developing a huge interest for the novel as they too eagerly asked questions. A number of copies of the book were also purchased and Peadar gladly signed them all. We wished him well for his second novel, which we now await with great anticipation.

(Thanks to Barker & Jones, Naas for selling books on the night.)