From a Land Down Under - Clongowes Wood College

From a Land Down Under

Home / News / Clongowes Stories / From a Land Down Under 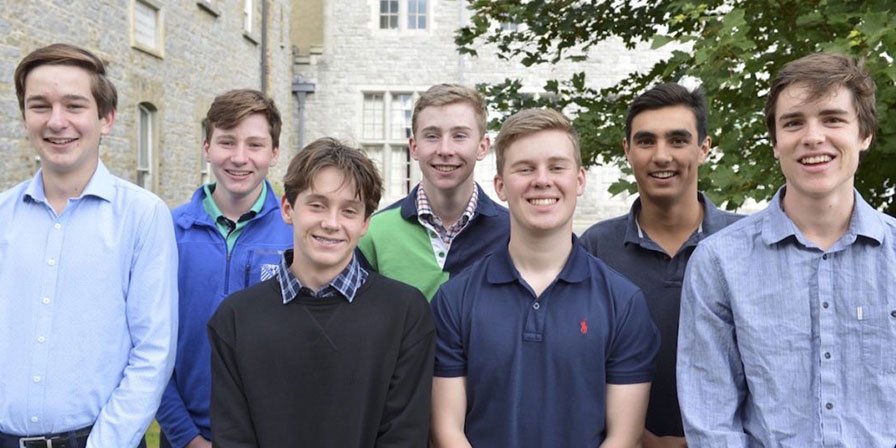 This year’s Transition Year Australian Exchange, which takes place from early October to early December, is well under way and all the boys involved have settled in very well and are enjoying finding out about life in the other hemisphere. All of this year’s Australian team are boarders in St. Ignatius College, Riverview and so they found it relatively easy to adapt to their new surroundings at Clongowes. The boys were accompanied on their travels by Fr. Ross Jones SJ, Rector of St. Ignatius College who visited his opposite number, Fr. Michael Sheil SJ, Rector of Clongowes’ Jesuit Community.

Campbell Fahey lives relatively close to Sydney and likes rugby, surfing (every day during the holidays!) and mountain biking in Kangaroo Valley outside Sydney. Campbell’s exchange partner is Eoin O’Leary from Enniscorthy.

Paddy Flannery also enjoys rugby and time at the beach as well as treading the boards in school plays and hopes to pursue Business Studies at university. It is Paddy’s first time in Europe and he is enjoying the whole experience. Paddy’s exchange partner is Ethan Noone from Dublin.

Conor Minogue comes from an extensive farm with sheep, cattle and crops in New South Wales, which is a six hour drive from Sydney. His brother Lachlan visited Clonowes two years ago. Conor hopes to study Mechanical Engineering at university and is following an accelerated engineering course of study presently. Thomas Power from Kilmore, Co. Wexford is Conor’s exchange.

Oliver Murphy’s family has connections in County Cork. Olly likes to sail and water ski at Batemans Bay and his interests include rugby where he often plays at Number 8. Olly hopes to study Economics at university. Joe Carroll from County Tipperary is Olly’s exchange.

Another Oliver, Olly Whitely comes from a town called Geurie, about five hours drive from Syndey and his pastimes include polo cross, swimming and rugby, where he usually plays flanker. James Joyce from County Mayo is Olly’s exchange partner.

The Riverview lads are looking forward to taking part fully in Clongowes life, playing rugby, and meeting lots of new people and hope that the Irish boys in Sydney enjoy their stay and all that the Australian summer has to offer.