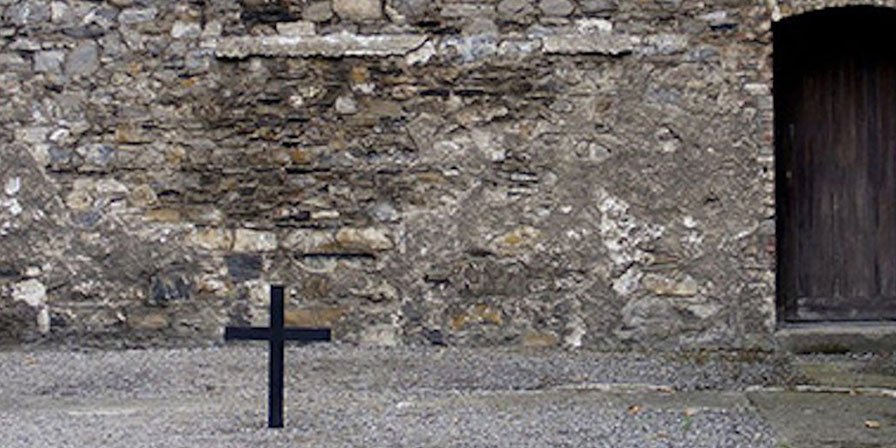 On Monday, October 3rd, the Syntax year group took a trip to Kilmainham Gaol eager to learn about the prison’s history. Clongowes was lucky to have award-winning writer Aaron Clarke embedded in the party from where he filed this report…

We arrived at Kilmainham shortly before noon, were introduced to our two guides and the tour began with a short presentation on the history of the fortress. We were told about its opening as a Gaol in 1796, its role played during the Great Famine, its famous involvement in both the 1916 Easter Rising and the Irish Civil War, and its abandonment as a prison in 1924.

Then we were split into two groups and shown the different parts of the old Gaol. We were brought to the cells of many famous figures of Irish history, such as Padraig Pearse, Countess Markievicz and Eamon de Valera. Throughout the tour, we were offered quite an extensive amount of information about Kilmainham, its past prisoners, its role in Irish History, and its repair and restoration.

We were brought outside to the jailyard and shown the exact spot on which all of the executed 1916 leaders were shot. It was marked by a short black cross standing in the gravel and I found that to be particularly hard-hitting and difficult to process; it still makes me feel shaken and sends shivers up my spine. The story of James Connolly’s execution was especially touching.

After the tour we were granted some time to browse the museum, the contents of which were very striking, in a disturbed, unsettled, uncomfortable way. The last letters of the executed were to be found, along with personal belongings and effects. The impression conveyed was one of sombre solemnity (and rightfully so).

We returned to Clongowes (via lunch in Liffey Valley) a thoughtful bunch of young men as we could not but think of the sobering experience that we had just had and how we as a nation have benefited from the sacrifices of so many a mere century ago.