Ministers of the Eucharist 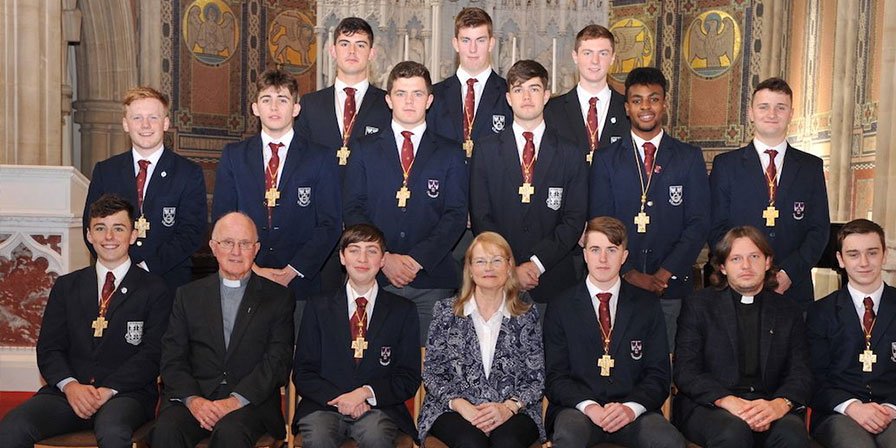 ‘As in one body we have many parts, and all the parts do not have the same function, so we, though many, are one body in Christ and individually parts of one another.’ Romans 12: 4-5)

God begins with the human and brings about ‘the beyond the human’. The miracle of the feeding of the 5,000 was made possible thanks to the young boy and his handing over his 5 loaves and 2 fish.

In 1973, Pope Paul VI revived an old custom of the early Church when he allowed lay men and women to assist the priest in the distributing of Holy Communion. His intention was to make it available to as many as possible so that people living in remote places, as well as the sick or house-bound, could share in the Eucharistic Sacrament. To cater for these, and also for large congregations, the Pope established special Ministers of the Eucharist.

On Sunday 28th August thirteen boys from Rhetoric (above) were appointed as Ministers of the Eucharist. For our Ministers in Clongowes there is the dignity of what they do and their responsibility to be examples of service to others in their daily lives – just as they render great service at School Masses and in their home parishes when they hear the Priest say to them:

Go in peace to bring the Bread of Life to our Brothers and Sisters.