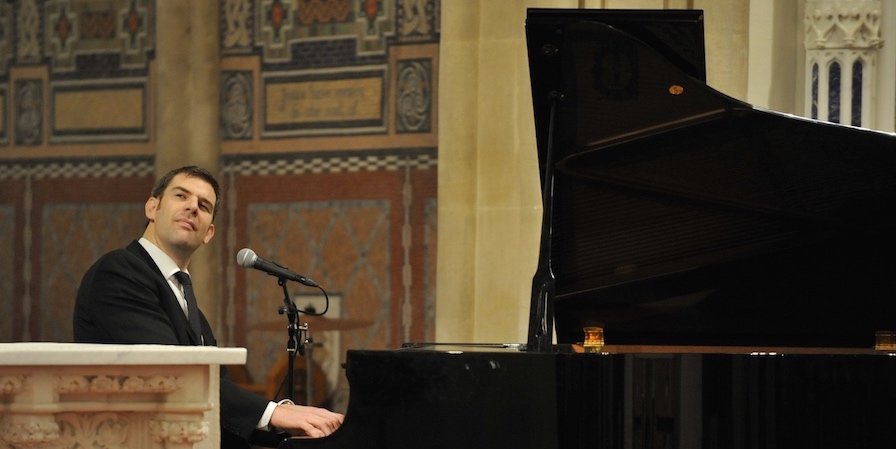 Sligo man Kieran Quinn (OC ’98) is a very able and talented musician who has a large following due to his versatile piano playing and his ability to connect to his audience during his much loved and usually sold-out energetic shows. He is now on a 32 county, 10-week tour in order to showcase his eclectic playing in traditional, jazz and contemporary styles, some of which he has composed for his recent album, ‘The Next One’.

Kieran’s love of music has always run in tandem with his passion for football and he is well known in GAA circles having played for his beloved Co. Sligo for over a decade in more than 20 Senior championship matches; he played on the Sligo team which won Connacht Championship in 2007. In 2008 he decided to hang up his football boots when he realised that he needed his hands more for playing the piano than for catching footballs on the GAA pitch.

Kieran’s CV includes performances with legendary film composer Ennio Morricone, as a 1930’s musician in Ken Loach’s most recent feature film – ‘Jimmy’s Hall’, and recently collaborating with Spike Milligan’s daughter Jane on bringing some of her father’s unpublished songs back to life. Tracks on his new album include the self-written ‘Iwetta’s Theme’, inspired by the death of a much-loved neighbour; ‘Come Home’, a plea from a lonely father to his emigrant son; ‘Maedhbh’s Call’, a love story set in Kieran’s home village of Strandhill; Kieran’s own arrangement of the iconic ‘Bohemian Rhapsody’ and title track ‘The Next One’.

As an old Clongownian who maintains ties with the school, Kieran is thrilled to be bringing the Kildare leg of his 32-county tour to the Boys Chapel, Clongowes on Tuesday 17th November. Start time 8.00pm. Kieran will include some of the boys in the gig, and he is especially looking forward to the performance of one of his own compositions by the School Orchestra, led by Philip Thomas.

Tickets (€15) available on the door or here.